April is always a weird month for me. Some migrants are back and some aren't. We rejoice at the first non Yellow-rumped Warbler, hope in vain for that first empid, try to turn one of those singing Purple Finches into a Vireo. The birds are on their way, but not soon enough. April is just waiting for May, and so am I.
On April 20th I headed out to the south Okanagan to add some of those early interior birds to my year list.

The plan was to leave Vancouver at 5am, of course a friends birthday and Jack Daniels happened to get in my way. So when that alarm went off at 5am, it was snooze, and when it went off again at 6am, again the snooze, finally i had the wherewithal to drag my lazy self out of bed at 7am. Its go time.

My first stop was Hope Airport, a legendary spot for rare birds, the winds were already quite harsh and it might have been a factor in the fact there really wasn't a lot of birds. I had a nice look at a hovering American Kestrel and not much else, so i booked it to Manning Park.

On the way I stopped at Sunshine Valley. This area has always held a mystique for me, an alluring small marsh along the highway nestled in between two mountain ranges, so picturesque one of those spots I always have to check out. I walked through a field absolutely filled with American Robins, Dark-eyed Juncos and a few Varied Thrushes, and when I looked up I spotted 5 silent Snow Geese on their way to the arctic tundra.

I had now entered Manning Park, and as per tradition I saw my first Black Bear of the year. I'm so used to seeing Black Bears between April and May in Manning park that I cannot even remember the last time I haven't seen one. 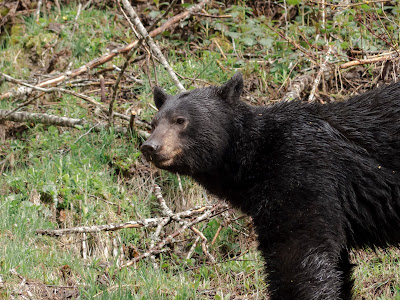 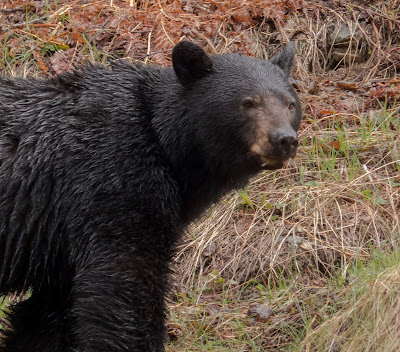 Continuing on towards the Lodge I was surprised to see that it was closed, that's a first. I still turned in and drove towards the ski hill, I stopped a few times in hopes of hearing a Pygmy Owl or a Boreal Chickadee. Neither revealed itself to me, the snow was still quite high and the forests were silent other than a long Sooty Grouse hooting in some faraway tree.

After spending far too long sloshing about in the snow I gave up the search, and drove on to Princeton. From Princeton I took the scenic route along the old highway 3, checking the cliffs for Swifts and Wrens, and the Ponderosa Pines for Pygmy Nuthatches, coming up empty for either.

It was now around 12pm and still I hadn't added one new year bird, I hurried onward to Osoyoos, only stopping at Nighthawk Road. It was there I finally got a new bird, a Vesper Sparrow. These grasslands are one of my favourite places in B.C. i took my time sauntering through the Sagebrush, the sun was warm on my face, the wind was heavy, I scoped the plowed field across the nighthawk rd, I counted at least 15 Mountain Bluebirds, their bright blue shinning in the midday sun. Meadowlarks Chucked and Sang, and a few Red-tailed Hawks circled above. I was glad to finally have made it to the Okanagan.

One of my target birds on this trip was seeing a Dusky Grouse. The only place I'd ever seen one was driving up to Mount Kobau. This was back when Dusky Grouse was still Blue Grouse and it had been a lifer at the time. The road going up was a little hairy for my Camry but I managed to avoid a flat tire. a few Km's up I added a brilliant male Cassin's Finch to my list. Even further up I heard two Great Horned Owls, I followed their hoots into the forest but only managed to catch a glimpse of one flying off deeper into the forest.
I kept driving further and further up until snow covered the road, I decided it was better to turn around now and not risk getting stuck. A mass of Sandhill Cranes passed over as I turned around, at least 200.

The sun was just slipping behind the mountains as I made my way down Mt. Kobau Rd. Just before the highway i stopped to take some pictures of Wild Sunflowers, while taking pictures of them I heard a hooting coming from a tangle of willow brush on the other side of the gravel road. I did my best to quietly slide through the brush, the dry leaves scattered on the ground made this quite impossible. As I entered a clearing I came face to face with a male Dusky Grouse in full display. I reached for my camera but not fast enough as it flushed and flew off into the trees. I was dismayed I didn't get a picture but still a sweet moment of success. 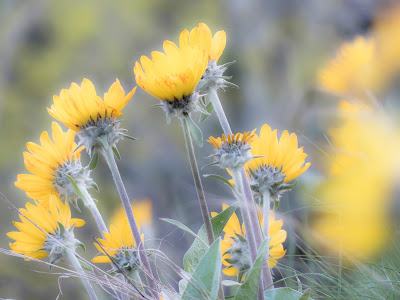 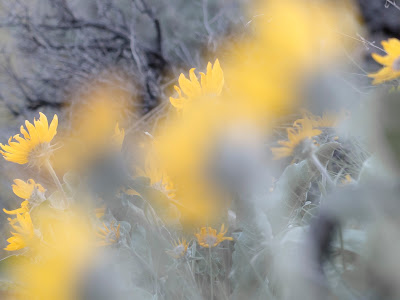 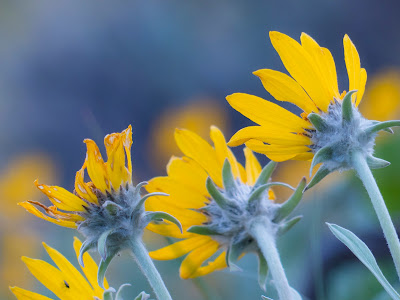 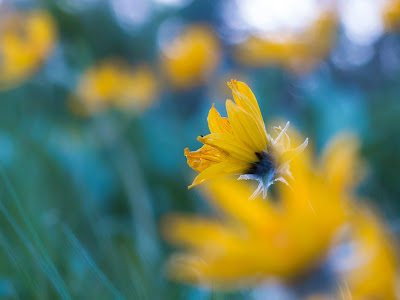 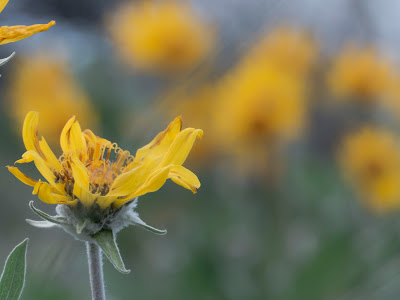