The last train to Owlsville 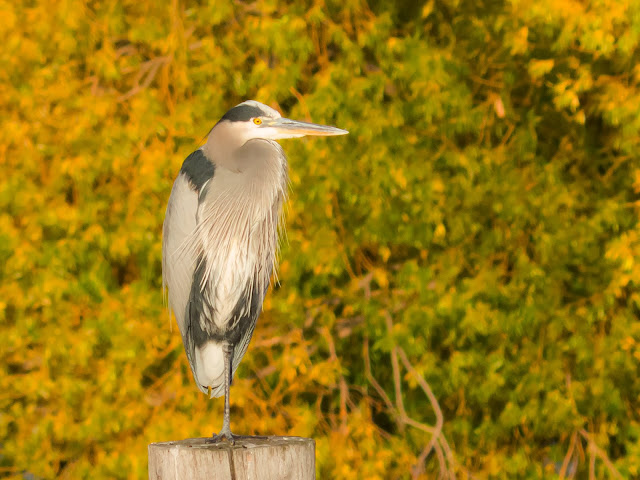 When I first started birding as a kid, learning how to see Owls was one of the biggest mysteries to me. I looked through the field guides displaying all these differing kinds of Owls that were supposed to live in British Columbia, and yet for my first several years, I never saw any of them.

My first official Owl was a Short-eared Owl, who was sitting on a fence along the Irrigation fields one summer. My second came one winter along the forest trail where I startled my first Great Horned Owl. My first Pygmy Owl came on the Kimberly Christmas bird count that same year. It wasn't until I started to gain an awareness of bird behaviour, and of my own surroundings, did finding Owls come much easier for me.

This year, I had done a good job of tracking down all the Owls except one: The Boreal Owl. I don't consider Burrowing Owl, which I did see but couldn't count, nor Spotted Owl, which barely exists in BC, as Owls on my list to see. So, excluding them, I had just this last little Owl to see. Of course, this is what most would consider the hardest one to find, and I just had to have left it for last.

I had set aside two days at the end of October for Boreal Owl searching. Russ had given me some good spots near Penticton to look, and it would probably be my last chance to find one of these little guys. The snow was coming soon, and the probability of finding one outside of their Mountain forests was slim. It was a "must win" situation for sure.

To make things a little more interesting, a Lesser Black-backed Gull had been found along the Penticton waterfront. It would be oh-so-sweet to nab that bird as well. I left for Penticton after work and made it into town by 9pm. I got a hotel, dropped off my stuff and headed for the hills. Cami Rd wound its way through the hills above Penticton, providing lovely views of the city at night.

As the elevation climbed, I watched the temperature drop to -3; it had been a while since I had seen a minus sign on my car thermometer. The habitat also changed, shifting from dry Ponderosa Pine to Douglas Fir and finally to the Subalpine Boreal forest. The road switched from pavement, to dirt, to snow. I was now in Owl Territory.

I stopped my car and got out to listen. The air was eerily silent, the skies were clear, and the stars so bright and so plentiful that they bathed the snow covered forest in dim light. I played a Boreal Owl call, nothing responded. This would be repeated for the next four hours, over and over again. Listen...play the call...listen. I eventually had traversed all of Cami Rd, Rd 201, down to Shuttleworth Creek Rd, coming out to the highway just before Okanagan Falls. Just before the highway, a Great Horned Owl stared at me through the headlights. Well, at least I found an Owl.

I was tired and cold, it was time for bed. The next morning, I started early at the waterfront. Though the sun was shining when it came over the  mountains, the wind was blowing wildly. I quickly discovered that I needed a few more layers. To make things even more annoying, most of the waterfront had been blocked off for construction. I could see a nice flock of gulls was in the enclosure, but the only way I could view them was against the sun, making the entire situation very  difficult.

I checked the river next to the SS Minnow, where I had seen an ebird report of the gull. It was all the normal gulls: a couple Glaucous Winged, in amongst the Herring, California and Ring-billed. I picked out one Thayer's. I made the rounds back and forth from one end of the Waterfront to the other, each time finding good numbers of Gulls, but nothing rare, and certainly nothing with a dark back and light eye.

One thing I have learned from reading through the records in the Okanagan for Lesser Black-backed Gulls, is that they can move around a large area fairly quickly. It made sense to continue to Kelowna and check all those sites in hopes that it was still around. Maude Roxby was deathly quiet, with the only birds being a pair of Mallards. I decided to try the mouth of Mission Creek, a location I have never actually visited before. It's in a weird location that most people probably wouldn't find, and I almost didn't find it, but luckily enough ran into Ryan Tomlinson, one of the Okanagan's star birders. I had met him the night of the Flammulated Owl search. It was good luck on my part as he showed me the way to get to Mission Creek.

Sadly, there was no Black-backed Gull, but it was still nice to chat with Ryan, and to finally see what Mission Creek was. I bid adieu and hit up Robert Lake, which only held one juvy California Gull. The dump in Kelowna also yielded nothing special, and it seriously didn't help that the workers were shooting off fireworks to scare the gulls. I turned around and headed for Penticton again to check the waterfront. Again, it was empty.

At Sunset it was time to go back into the mountains, taking the same Cami Rd, although this time, I walked the reservoir at dusk, hoping to hear or see a Boreal Owl. The air became chilly as the sky got dark. I walked around the trees hoping for something, playing the tape but getting no response. Just before it was too dark to see where I was walking, I got back in the car and carried on along the same snow covered road, doing the same loop I had done the night before, with the same lack of success.
When I made it back onto the highway at Okanagan Falls, I still hadn't given up. It was time to visit a new location: Apex Mountain. Apex is about 35 km from Penticton, a paved winding road. Russ said that he had had Boreal Owls just past the resort, and then further up at the Nickel Plate Cross country trails. Up I went til the snow was already a foot deep. It was minus 8 degrees, and 12am when I reached the spot Russell had told me about. I got out and I could feel my nostrils start to freeze. I played the Boreal owl call and listened, I don't know if I have ever felt so much silence.

I thought about turning around, that perhaps this wasn't my weekend, but I decided to drive a bit further. I came down a hill and saw what looked like good habitat, though to be honest, I couldn't really tell what good habitat was anymore. I had been looking at dark snow covered trees for so long now that it was all a blur. I got out and halfheartedly played the tape. Immediately, I heard something. It was so unexpected, I thought I had made the noise by brushing my jacket against something. I waited, played the tape again.

"Skiew Skiew!" came from the trees right beside the road. Boreal Owl! I shone a small pen light into them, it called one more time, I saw a little Owl peering out, and then it was gone.

The next morning, I again checked the Gulls around the Penticton Waterfront to no avail. I checked the same places around Kelowna again with no luck. I even went to the mouth of Vernon Creek in Vernon, but found no Lesser Black-backed. It was time to go home, but I left the Okanagan satisfied that I had found the last Owl for my year list.