Big year what was I thinking?


This weekend I had to choose between going for Black-necked Stilts and Sabines Gull in Vernon/Kelowna or driving even further in hopes of Tufted Duck, Black-necked Stilts and Ross's Goose in Cranbrook. I decided I would go with the closer choice, but it turns out I was a day late for both birds, and sadly I would've gotten Ross's and Stilt if I had gone to Cranbrook. Kind of a bummer... ok more than kind of.
Welp.

I left Vancouver at 5am, I decided to take the fraser canyon to Merritt because I'm tired of driving through Manning Park, also the drive from Spences Bridge to Merrit is one of my favourites.
I made a few stops along the way, the first being this campground just past Yale. There I had my first Nashville Warbler and Hammond's Flycatchers. Lots of Black-throated Grays as well.

At Skihist Park a provincial park I have driven by many times but never stopped I had Chipping Sparrow and Western Kingbird. In Spences Bridge I stopped at the campground along the river because I always find  Lewis's Woodpeckers, but this time nothing. The drive to Merrit was very nice but nothing new in the way of birds, I checked all the swallow colonies along the highway but every swallow was a Rough-winged, I guess the Bank Swallows weren't back  yet.

By the time I hit Merritt it was 12pm, and very Hot. I didn't stop til Kelowna.
In Kelowna I checked out Roberts Lake for the Pacific Golden Plover that had been reported a day earlier, alas it wasn't there. The sun was beating down on me as I scoped the entire lake in desperation. Nothing but those gorgeous Avocets, and 10 Least Sandpipers.
I hit up Alki lake aka the dump for Sabine's Gull, again I was a day late. So on to Otter Lake north of Vernon.

I had read the Stilts were in the flooded field just up from the edge of the lake. The area itself was certainly busy, Western Kingbirds chattered in every direction, the wetlands were full of Coots and almost every species of Duck, except the one I needed Blue-winged Teal. I found 3 Lesser Yellowlegs, but the area was devoid of Stilts. How can 14 birds show up and vanish in one day? Darn this perfect weather, it certainly doesn't come in handy sometimes.

After my third dip of the day i went back to Kelowna to check Roberts Lake again, the sun was almost all the way down as I scoped the shorebirds, hoping the Plover had come out of hiding from the heat of the afternoon, but there were only those 10 Least Sandpipers again. A sora started calling from the reeds in front of me and I decided I should probably head to Penticton so I could find a place to sleep. Before calling it a night I drove up the West Bench and heard my first Poorwill of the year.

Day 2 I spent the morning around White Lake, listening intently for Brewer's Sparrow, I didn't hear any but loads of Vesper Sparrows, Savannah and White-crowned. Along the Cliffs I had a ton of Warbler species including Wilson's Townsend's, Nashville and Yellow-rumped. A Black-headed Grosbeak called from the top of a Ponderosa Pine, I had enough time to spot it before it flew off. White-throated Swifts darted through the air while Western Bluebirds chatted all around.

On my way to Okanagan Falls I had House Wren, as well as a few Yellow Warblers. I kept on to The Vaseaux Cliffs, in hopes of Rock Wren, I didn't manage to find one but got one of my favourite birds, a brilliant Lewis' Woodpecker hawking from the dead snags on the hillside. From there I hit up Rd 22 where I had a gorgeous pair of Western Tanagers, flycatching in the midday sun, I spent a while trying to photograph them but everytime I fixed my lense on them they darted to another branch. A Warbling Vireo showed up for a few moments and retreated into the shrubs.


from Rd 22 I visited the Throne, at this temperature there was almost nothing out, the only birds brave enough to hang expose themselves in this sun were White-crowned Sparrows and Tree Swallows, and they obliged me for a few photos. 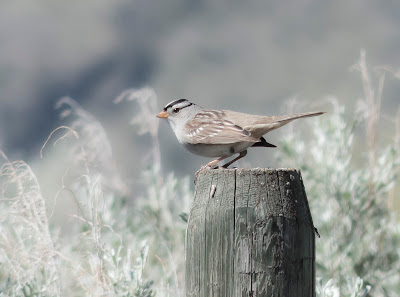 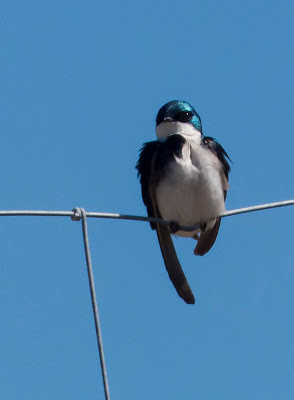 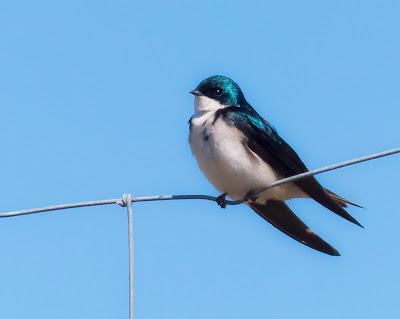 Mckinney Rd I was successful in getting Gray Flycatcher and Dusky Flycatcher. The Gray Flycatcher are always the easiest of the Okanagan specialties, just drive to km 10. and step out your car, listen, look, we are done here.

i took mckinny rd all the way to hwy 3, with stops here and there, but it was already 27 degrees, and the dead time for birds. It was a decent Weekend adding a few of the birds I needed in the Okanagan, I know most people loved the weather but I wouldn't mind if the 30 degree days waited until July when i start hiking the alpine for ptarmigan, cause there were times this weekend i wished I was chilling like this guy: 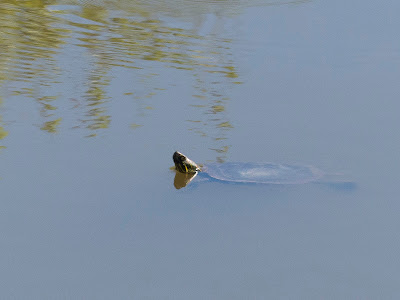