Since last we left, I have only managed to eek out 3 new species; not for lack of effort, but more for lack of birds. I've gone out as much as I could with my limited days off, but the fact stands that not much is being reported right now. It's as if birds and birders are both still on vacation. In any case, here are the accounts of my last 3 species.

*Green Heron*
This little guy has eluded me all summer. It wasn't until I switched up my game plan to visiting Hastings Park in the morning (as opposed to late evening) that I finally caught him. I decided to take a peek one early morning before work, and even at that time, it was difficult to find him. From the fishing wharf, I spied him doing early morning yoga in a large treeless shrub bordering the lake. He was stretching his neck out, along with wings and body into interesting poses. It was nice to finally get this one in the bag.

*Barn Owl*
Barn Owl has been the "easy one" that I kept putting off seeing this year. I figured I would have run into one by now, what with all the hours I've spent around Boundary Bay, and in the past it hadn't usually been an issue finding a Barn Owl here or there. However, this year they had managed to avoid me. So I decided I would just go find one. It wasn't hard, took me about 5 minutes of driving at night to come across a nice Barn Owl sitting on the power lines along 64th street.

*Willet*
Willet was a bird I figured I wouldn't see on my Big Year. The long time resident of the ferry jetty had passed on I guess, so there was no reliable bird left in British Columbia. I had been checking the old records for certain birds recently on Ebird, and noticed that there had been quite a few Willet at the White Rock pier in previous years. I took note of it and thought if I got the chance, I should do a walk around some morning. Well, it looks like someone else did it for me, as one morning I woke up with a text from Rob saying that a Willet had been found! It was 8:30am, and I had to work at 12. Just enough time to drive down to White Rock to see the bird.

I lucked out and saw it literally a minute before he flew off to the end of the pier to roost for high tide.

Aside from these three birds, the only other real highlight was coming into close contact with a lovely Barred Owl. It looks to be a recently fledged one, and he definitely did not seem perturbed in the slightest by my presence. We had a nice photo shoot together; I end the post with those photos. This weekend I will be off for 5 days and plan on one of my last big birding adventures of the year, except at this point I don't really know where it will be taking place. Stay tuned. 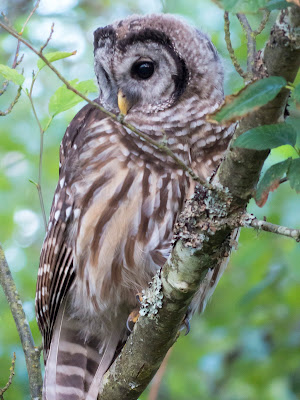 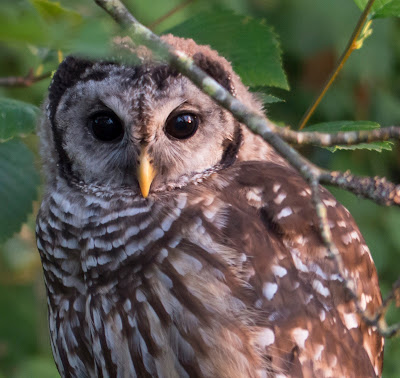 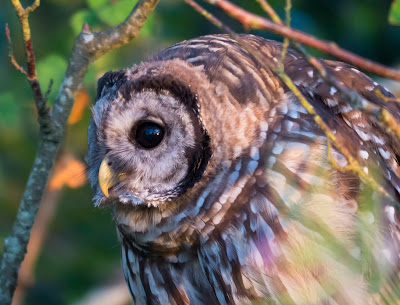 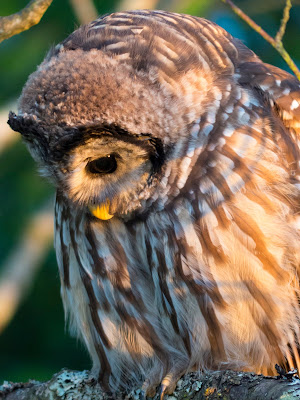 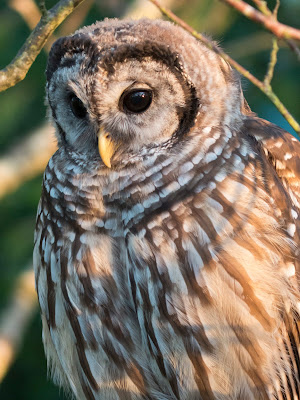 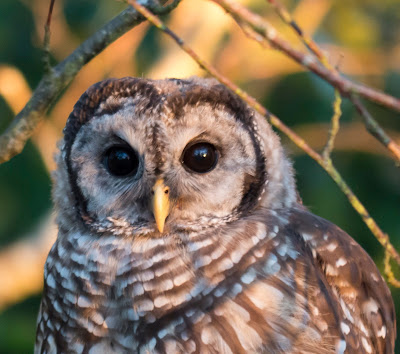 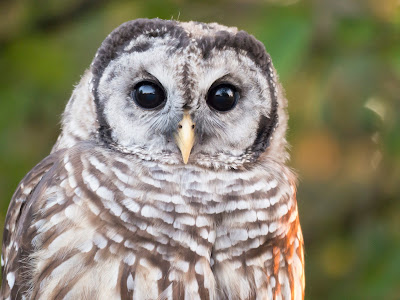 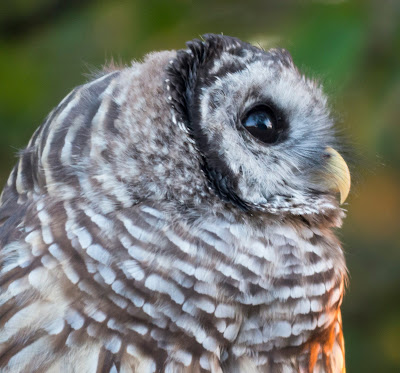