And if that Mockingbird don't sing

Thankfully July was almost over. It was an absurd month of extreme heat and little to no new birds. Aside from the Costa's on Canada Day, and the Arctic Tern I felt like I was accomplishing nothing. With one day left off, July 28th, i figured I would finally make a go for White-tailed Ptarmigan. I made plans to hike up Needle Peak early Sunday Morning. As usual things changed quickly when I heard of a Northern Mockingbird in Princeton.

At first I was apprehensive, a drive to Princeton would eat up my morning and I was a bit skeptical I would even find the bird, there were already several Mockingbird reports in BC this year, none of them had a follow up, they were all individual sightings, the bird probably moving on right away. The thought of making that drive and coming up empty made me think twice, even three times. Maybe it was just the July doldrums that had me apathetic to doing anything, but a few texts from Russell managed to convince me I could fit a Mockingbird twitch and a Ptarmigan hike into one day of insanity. This is a Big Year after all.

And with that early Sunday morning found me cruising down highway 1 towards hope. I made few stops along the way, and by seven in the morning I was in Princeton, walking Old Mill Road where the bird had been reported. Apparently the Mockingbird had been seen near a mulch pile along the road. I found the Mulch pile and scanned the area. No Mockingbird, the trees along the road, the Saskatoon berry bushes were filled with birds though. Bullock's Oriole, Western Tanager, Lazuli Bunting among others.

Pacific Slope Flycatcher's gave their uppity whistle "Peweeet". I played a Mockingbird call from my IPhone to see if that would draw the bird out, but instead i got an incensed House Wren. A Clark's Nutcracker croaked from the ridge above. It started to feel like it was another skunking in the making. If it weren't for the good variety of birds in this area I might have been a bit more choked, but I started walking back to my car. Where the road narrows near the Trans-Canada Trail a bird flew up from the Saskatoon Berry Bushes. Right away I noticed the white wing patches, and long tail, it had flown up into a Ponderosa Pine, and was partially obscured, with a little patience I managed to get a full view of it. 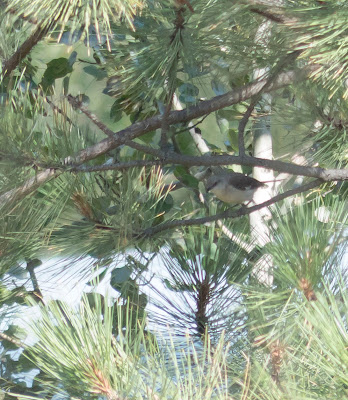 Mockingbird! Cue the relief. I followed the Mocker for a bit, it kept very low and skulky hiding in the bottom branches of Ponderosa Pine's extremely shy, making a good photo impossible, I decided I better not press the issue in case anyone else would be looking for the bird. Mission one Complete.

It was now on to the Coquihalla Summit. I took the highway from Princeton to Merritt, one of my favorite drives, the road traverses a few lakes, mixed forest, and near the end to highway 97 opens up into nice short grass prairie and Alder parkland. This is Sharp-tailed Grouse habitat, but failed to produce one for me, not that I was surprised. I stopped at some ponds near Kentucky Alleyne Provincial Park, scanning for Shorebirds, all of the common resident shorebirds were accounted for, up to and including at least 10 Wilson's Snipe!

I was at the trail head for Needles peak at about 1pm, not the best time to start a hike out, especially underneath the direct blare of the sun. For anyone who hasn't done Needles Peak, the first hour is basically straight up, and this being my first real hike in some time, I was not exactly prepared for this kind of exertion, especially with only 4 hours sleep, I am just thankful i quit smoking or I don't think I would've made it.

Being as it was the midday, as you can guess the birding was less than spectacular, Dark-eyed Junco's didn't seem to mind the warm temperature, as families of them were twittering away, bouncing from branch to branch along the trail. 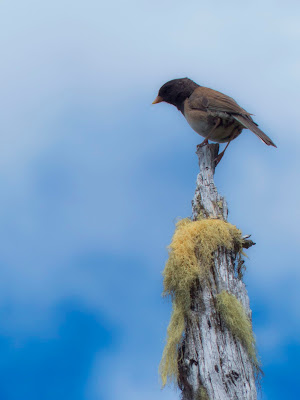 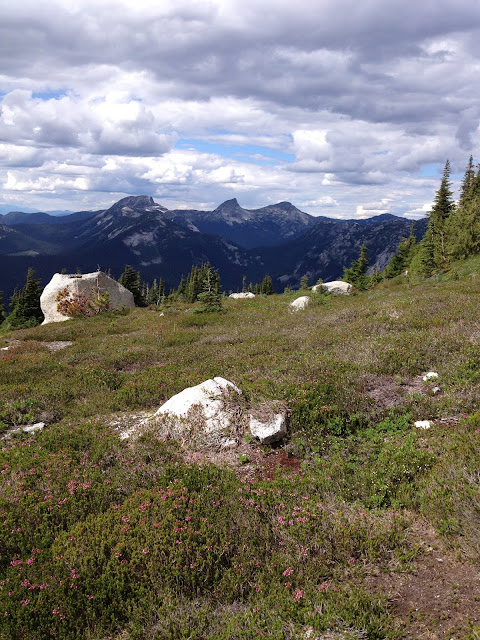 Finally the habitat started changing from Coastal Coniferous forest to more stunted spruce, and willow shrub, I was in the Sub alpine, shortly after I had broke into the openness, to my left a large cliff face filled with broken rocks, perfect ptarmigan habitat. I explored for a bit, flushing an American Pipit 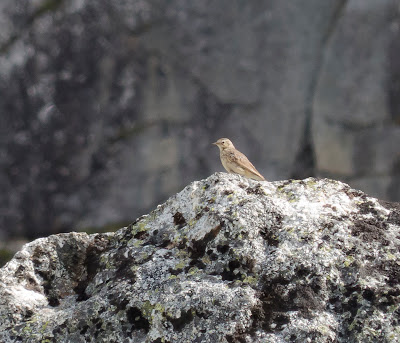 And soon after I heard a Gray-crowned Rosy Finch, and manged to catch it flying up above my head. Year Bird! I carried on a bit more, but by this time it was 5pm and I was starting to become overly weary and tired, I still had to drive home and then work in the morning, so I called it a day, I could come back another time in the morning and have a much better chance. All and all it was a good day and a good way to cap off a July, I was feeling much more invigorated for August and what it would bring. 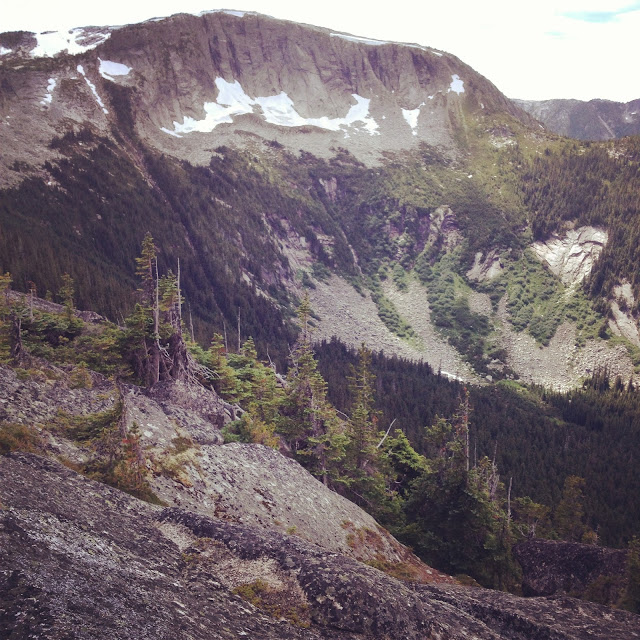