Today the first Wandering Tattler of the year was spotted at Iona. This bird has given me fits over the years, and I had yet to see one in the Lower Mainland. I even ended up going to Victoria to see one last year, just so I could finally get it over with. Well, this year I'm not leaving anything up to chance, so I waited for high tide and headed out to the Jetty.

Normally I wouldn't dare walk the Jetty past 7am, after that it turns from quiet birders paradise to Jogger central, it wasn't so bad tonight as the foot traffic seemed to have mellowed out by the time I got there. The Tattler had been last reported at the almost 2km mark, but I didn't find him till almost 3, I was elated to find him stoically standing on one leg, oblivious to me. I sat down on the rocks and enjoyed his company for about 20 minutes. 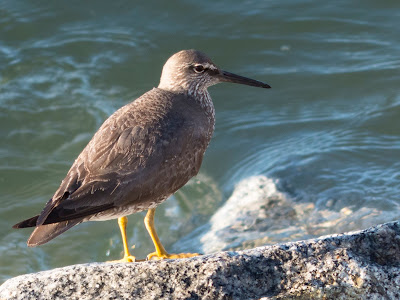 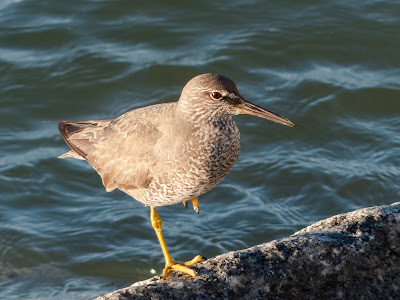 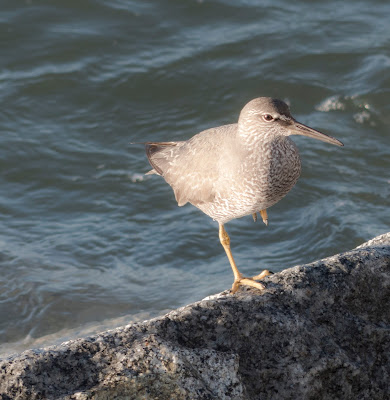 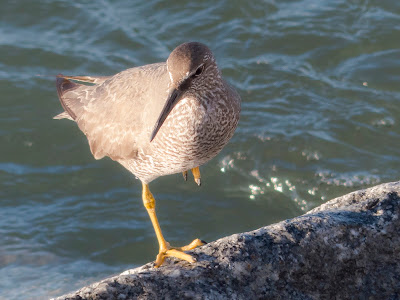 In other news, its nice to be caught up on my birding blog, the backlog of my outings was hanging over my head for too long. Since the last interior trip I have been a home body. I volunteered for a Western Sandpiper Survey, my location was 112th Street. I can safely say they don't use that area at least in July, but it gave me a chance to add another layer to my face tan.

I still haven't found a Green Heron, I visited Brydon Lagoon and Surrey Lake, neither had them. Of course a day later one was reported from Surrey Lakes, so either I arrived too late in the day or I just have bad luck. I'm going to say both. When I lived in Surrey I used to visit the lake often, and would almost always see a Green Heron or two. Ah well.

Highlight of last weekend was a very tame American Kestrel female, she was eating grasshoppers along the dyke near 104 street, I end this post with a reasonably OK photo of her. 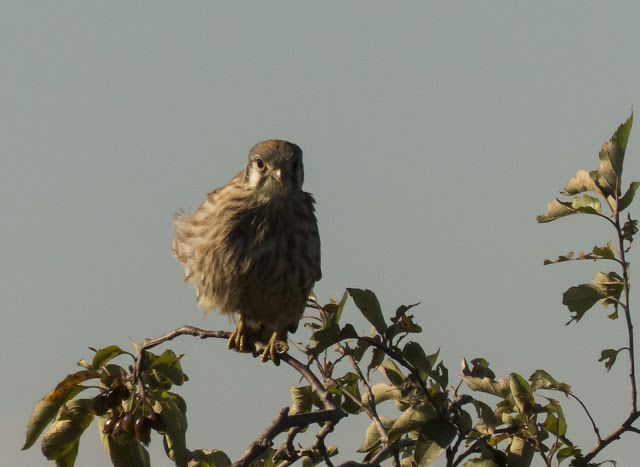